Whether it’s physical, virtual, or in the cloud, discovering and blocking sophisticated threats in the network is at the forefront of every company’s mind. However, businesses are finding that more and more data violations are taking place when network security centers on the edge of the network are not giving equal protection to the network itself. 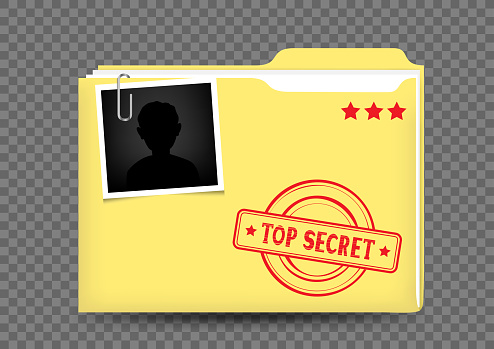 Security at the perimeter of the network has received most of the attention from data protection companies. What many internet service providers and businesses have neglected is protecting what lies within the network. Once attackers get into the network, they normally have free reign to steal valuable data and go undetected. What can your company do to solidify your network and protect you from hackers on the inside?

If a company’s IT department is inattentive when it comes to the application of patches, security vulnerabilities and other bugs can easily creep into a network. A patch is simply a set of changes to a computer program and its data that are created to update or fix a liability or get rid of a virus threat. Rapidly growing networks today are comprised of a wide range of networks, including the IoT and the cloud. Keeping track of the equipment inventory and the maintenance of this vast network can be a daily trial. For a company to protect its technology, applying patches is no longer an option but a necessity.

Protecting a Network with NIDS

Network-based Intrusion Detection System (NIDS) is one of the solutions for enhancing the security aspect of cloud computing services. NIDS discovers and monitors attacks within the network. NIDS is a signature-based technique with an identification data packet throughout the network.

For the majority of companies, privacy violations are caused by attacks that have been detected for a while. Because these vulnerabilities are well-known and have already been patched, attacks can be identified through security holes in the signature. Incorporating signature-based discovery tools, businesses can seek out a breach and put a stop to it quickly.

Zero-day attacks to a network occur within a time frame, known as the vulnerability window. They are vulnerabilities that have not yet patched the software containing the weakness. Hackers can engineer malware that exploits compromised systems and steals valuable data. New high-level attacks are operating various techniques to evade protective measures and attack the network connections without even being noticed.

Behavior-based computer security tools can be designed to discover false or unanticipated traffic. They can destroy zero-day malware variants with what is called detonation chambers or sandboxing and link the data to defend against smart attacks. Behavior-based computer security tools allow data and applications to be scanned for malware across the network and thoroughly inspected. They look for patterns and then constantly monitor the traffic to determine the intent, preempting an attack before it starts.

Although many attacks are caused by phishing emails or known, unpatched vulnerabilities, web-based attacks are becoming more the norm.  Software that probes and calculates information directly in the data center is commonly targeted.

A web application firewall (WAF) is a filter that is designed to go before you and sift through incoming traffic detecting potential threats and malicious activity. It is one of the most common means of protecting against attacks at the application layer.

In a June 2017 survey of the top 1 million websites, Mozilla reported that an unbelievable 93.45% earned an F score at implementing basic measures to protect them from common attack methods. Companies that fail to accept and adopt application security methods are opening themselves up for constant threats and attacks.

The modern network needs to be able to handle access through varying devices and an assortment of application and data flows. Businesses can markedly improve their network safety by installing Internal Segmentation Firewalls (ISFW). Network segmentation works by splitting a computer network into subnetworks. If the defense perimeter is breached, an access point penetrated, or if there is an attack from inside the network, ISFW prevents the spread of such threats. ISFWs can be used to protect specific servers that hold a company’s most valuable information and can also protect devices from users and web apps in the cloud.

Managing cyber-risk is a multi-faceted company-wide endeavor that requires implementation from the top level down. The quicker you are able to respond to a threat, the greater the chance you have of being able to stop the potential damage. However, with the implementation of these new tools and strategies, you can protect your company records from hackers. It does take a proactive approach and a watchful eye.