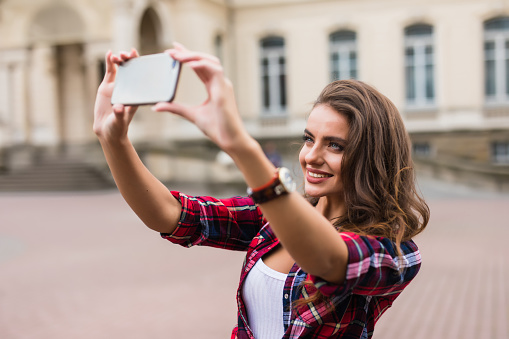 Instagram is a recently created social media site that allows users to share images and videos. It is owned by the same soul that owns Facebook, Mark Zuckerberg. Originally created in the partnership of Kevin Systrom and Mike Krieger, and officially launched in 2010, it first appeared on iOS before its increasing popularity brought it to Android in 2012 and Windows in 2016. Its features include editing filters, messaging, location display, tag browsing in searchers, content ‘liking,’ and trend viewing.

Last year, the service reported that they had 800 million users, only five years after being purchased by Facebook. Bought for $1 billion, 40 billion people all over the world have been uploading images for years. While it is generally considered a beneficial and popular social media app, the software has been targeted by critics for several reasons:

Many aspects of the service are potentially vulnerable. Users have reported that their passwords were hacked. Google searches currently display websites instructing users how to hack passwords in the first few pages of search results. Hacked accounts can potentially lead to a wide range of problems, which may include social inappropriateness, crime, businesses negatively impacted, and more.

What Examples Are There Of Recent Account Hack Risks?

Security professionals believe that Instagram account users should better understand the specific security risks related to the use of this software. Many people sign up each day with no understanding of the various ways hackers can get into their account and use it for personal gain. Of course, Instagram advises users to create strong passwords. This is the first and most important step to prevent hackers from getting into your Instagram account.

Below are a few tips on creating strong passwords:

The password on the right would be cracked by hackers in less than one second. Here’s a website where you can check the strength of your passwords to see if they are good enough to fool hackers.

Guess how long it would take to Bruteforce the password on the left? 33 centuries (Quite a long time). Below are a few more to try in the password checker:

Many people use their own name or their pet’s name with a series of numbers after it. These are usually very easy to crack as well.

Two-step authentication is one of the best and simplest ways to provide your account with the high level of security it requires. You can go a step further and use biometric authentication. This solution uses your fingerprint and/or photo of your iris as a password to your account. New ways to protect users from hackers are constantly being created.

Some users have been locked out of their accounts when hackers took control of them. This can be scary and infuriating. The Sun reported on an ‘epidemic’ hacking of Instagram that occurred when hackers in Russia took over many popular accounts, then changed the names and photos. Some users reported that it took them weeks to get their accounts back. They said that Instagram wasn’t very helpful so they had to do a lot of the work themselves.

Despite improvements in security, hackers have increasingly been able to break into all types of software programs, social media platforms, email accounts, and even company databases There seems to be nowhere that hackers can’t go if they want to. They apparently have the tools, resources and backing to focus all their efforts on hacking day in and day out.

Some of these hackers are sponsored by big governments like China and Russia. These countries have realized how much money there is in hacking and they seem to have no conscience about committing this crime. One good ransomware attack against your company could net thieves $30,000 or $40,000. Most people will pay the ransom to get their files back, though this doesn’t always ensure that you will.

Instagram security has been improving in a number of ways. They are now being upfront in the media about the hacking experiences their customers are enduring. They have stated that they will continue to dedicate themselves to addressing all reports of hacks. With each one, they will:

Mashable Gets Hacked Too

In a recent article, Mashable explained that some of their users were having the same experiences as those on Instagram. Hackers would break in, change the name on the account, change the photos and pretty much just take it over. Even contact information and profile image were changed, leaving account holders to scratch their heads. It’s a story being told more and more often.

“It’s embarrassing and frustrating to feel so vulnerable,” said one Mashable patron.

How Could My Account Be Hacked And What Resources Exist For Security?

Users should be aware that accounts can be hacked by:

UGTechMag is a good source of online guides and tips available to help protect users. It’s best for Instagram users to learn all they can about how to keep their account secure. Today, it takes a proactive approach. All over the world, hackers are working non-stop to find ways to hack into your computer, your network, your social media accounts, your email … whatever they can do to find personal information about you and use this to exploit you – that’s what they’ll do. That puts each of us in the position of having to remain vigilant and proactive. We must each do everything possible to protect ourselves from cyber thieves.