Did Microsoft Just Win the Internet?

Good news for people wanting a new Microsoft Surface Pro 6 2-in-1. It is all grown up. No longer just for schools, video-games, and weekend play, the new Surface Pro is ready for prime-time. It has a sleek new look and a thicker, black non-slip coating on the exterior. This makes it much more professional-looking than previous versions. In fact, that is one of the main selling-points—its classy, elegant appearance. 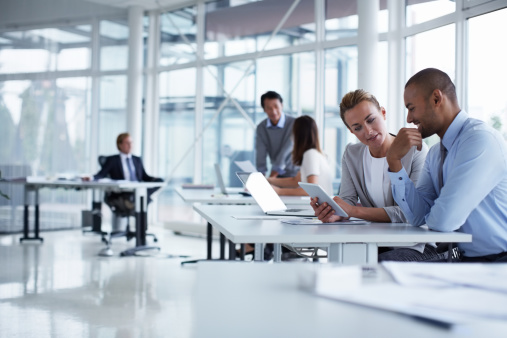 Tablets are generally seen as more convenient than a laptop or a clunky, antiquated desktop. However, they also have a screen size that’s easier to view. This makes them portable, but more useful than a smartphone screen would be. Plus, with the addition of a keypad along with the touchscreen, this is a multifunctional device.

Additionally, it is as useful as it is attractive. At a whopping 67-percent faster speed, the eighth-generation Intel quad-core i5 processor handles work and play with equal capability. One of the things customers requested was a more professional-looking workstation, with faster processing using multiple cores and Microsoft Pro 6 definitely provides that.

What Are Its Primary Features?

One of the primary selling points is the more professional appearance. The muted colors that the Pro 5 were available in, included blue, red, and silver. The black-colored cover that has only been provided in the Pro 6 is considered much more appropriate for the work environment than the brighter options previously offered.

A second feature that makes the upgrade beneficial is the advanced speed. Although the Surface Pro was already considered fast, the newest iteration is significantly more so. It can be purchased with either 8GB or 16GB of memory and comes with 128GB, 256GB, 512GB, or 1TB SSD.

What Makes It Better Than Previous Versions?

The superior speed of use and professional appearance are its main selling points. Truly, it depends on what one is buying the tablet for. If it is for a child’s homework or video game playing, then the Pro 5 might be a better choice. The Pro 6 has less desirable graphics for gaming, while the Pro 5 has the most superior graphics capabilities of the two, and includes a faster and more capable CPU. If one is buying the tablet for business purposes, the Pro 6 is likely the preferred option, as it has superior speed without all the glitz.

Both Pro 5 and Pro 6 are available with the following attributes, and some would argue that they are nearly identical. They have a 12.3-inch display, which is more than enough for most users and is the same size as many laptop computers. Both are available with 4GB, 8GB, or 16GB of RAM. They each have a battery-life of around 13 hours.

Some of their notable features include the following:

One of the main things that previous versions have that this one does not is the truly impressive graphics. The Surface Pro 5 is sold with an Intel® HD Graphics 620.

What Are Other Options?

One of the primary aspects that other devices have is their port options. For example, many laptop options have Thunderbolt connectors, which allow them to handle larger files much more quickly than older machines. If you’re planning on using a two-in-one for heavy audio or video usage, you may want to consider your options thoroughly. Without Thunderbolt or USB-C, simple tasks like transfers or opening files can take quite a long time. Much of the time spent doing a project can be waiting for files to transfer, render, load, etc.

Neither the Surface Pro 5 or the 6 comes equipped with a USB-C or Thunderbolt 3 connector. This wasn’t considered a major issue with previous devices. However, since recent editions of modern 2-in-ones have them now, it is a bit surprising.

Some of the competitors in the field include the following:

Although there are lots of options, Microsoft has been around since 1975. As a long-time contender, it has more than proven its abilities and staying power.

When one doesn’t want to sit at a desk all day, perhaps a tablet is the best option. It allows for mobility, versatility, and flexibility. With a Microsoft Surface Pro 6 you can make the best of work and play. Although the graphics are not as great as they were with the Surface Pro 5, they are decent. Both are light enough to take into the office or on vacation. With a one-year warranty and a first-class support system, you cannot go wrong. Microsoft just keeps getting better and better.